Perdita Felicien is a two-time Olympian, two-time World Champion & 10-time National Champion in the 100m hurdles. She retired from sport in 2013 & is now an author, television host, public speaker, and sports broadcaster. She hosts the new television series, All Round Champion, which airs on TVO in Canada and on BYUtv in the United States. Perdita has covered multiple international sports events for the CBC, including the 2018 Winter Olympic Games, 2016 Summer Olympics and 2015 Pan American Games.

One of Canada’s most decorated track and field athletes, she has been named Canada’s Female Athlete of the Year, and was given the keys to her hometown of Pickering, Ontario. A recipient of the Queen Elizabeth Diamond Jubilee medal for her charitable work, Perdita is a supporter of many initiatives including those that work to end violence against women.

Her first book, My Mother’s Daughter, will be published by Doubleday Canada in March 2021. Perdita’s memoir chronicles her experience as a child witness to domestic abuse, homelessness and the highs and lows of her illustrious racing career. 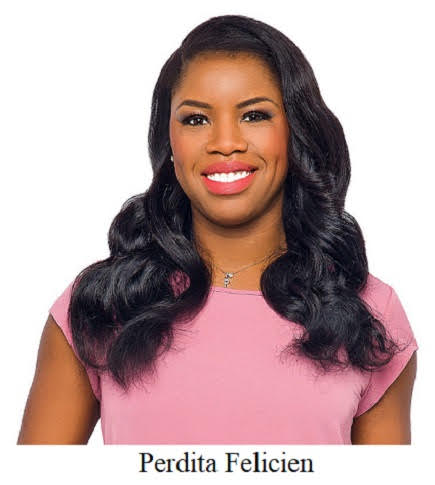